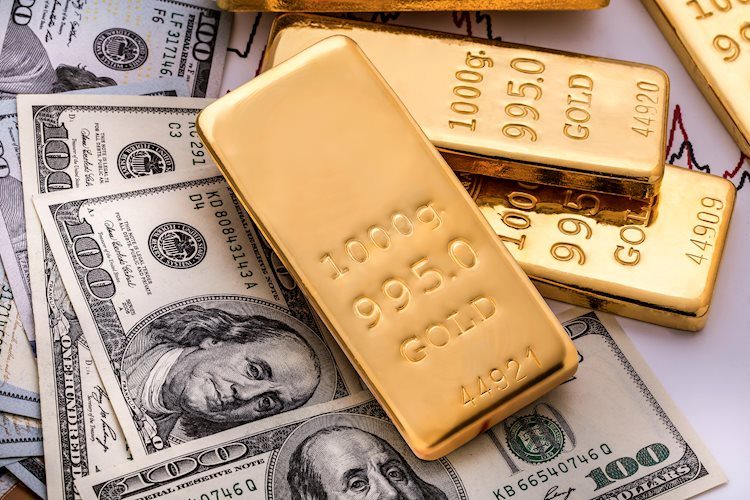 Spot gold is trading around $1,925.54 per troy ounce, still unable to attract investors as it trades within a fairly limited intraday range. XAUUSD has been stable for over a week, with daily candles showing little to no body, as the risk aversion environment boosts demand for the two safe-haven assets.

The greenback is generally stronger on Wednesday amid inflation concerns and rising tensions between Western countries and Russia. The United States and the EU announce new sanctions on commodities from Moscow, despite Europe’s reliance on gas and oil from the eastern nation. The crisis, which exacerbates the bottlenecks, increases the pressure on already high inflation. In turn, central bankers around the world are tightening their monetary policies.

At the same time, government bond yields are soaring, while the yield curve suggests a recession. The 10-year U.S. Treasury yield peaked at 2.66%, its highest since early 2019. Equities, on the other hand, are lagging, with U.S. indices hitting new weekly lows.

From a technical standpoint, the shiny metal has limited upside potential, offering a neutral stance on its daily chart. A slightly bearish 20 SMA offers momentum resistance, with price consolidating just below. The longer moving averages maintain their bullish slopes well below the current level, while the technical indicators are still stuck around their midlines.

The short-term picture also reflects the absence of directional strength. The price of gold is below its moving averages, all confined within a tight range. Technical indicators, meanwhile, declined after briefly breaking above their midlines and are still confined to neutral levels. The shiny metal may turn bearish on a break below 1,890.05 March monthly low, while bulls are likely to be more comfortable if XAUUSD breaks above 1,949.80.