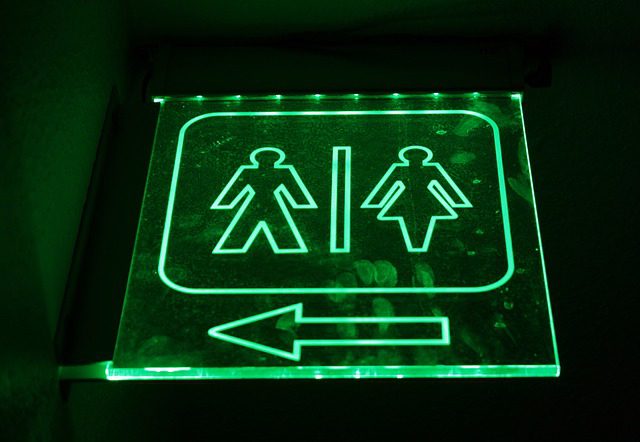 The reputation they deserve | Mary Pezzulo

Yesterday I learned that the Archdiocese of Milwaukee will be putting certain measures in place to protect people from my trans brothers and sisters.

Trans people are seen in many parts of the Church as a terrible threat for some reason. He’s the last boogieman who’s gonna ruin our kids. When I was very young, it was the “feminists” who were the enemies. Shortly after, it became homosexuals who “recruited” children. Now it’s transgender people. The Diocese of Milwaukee will fight them by insisting on certain pronouns, guarding locker rooms, forbidding people to take certain medications and insisting that everyone “dress according to their biological sex”.

My mind started to wander reading those words.

What does it mean, “to dress in accordance with biological sex?” Are there clothes that are inherently congruent with any biological sex? Does that mean men have to wear pants and women have to wear dresses and skirts? That men wear sensible shoes and women wear cute little heels? The men dress in blue and the women in pink? Skirts were men’s clothing until a few thousand years ago. Men in ancient Rome wore skirts as they conquered the known world. Jesus wore a robe every day of his life. Moses wore a robe when he received the Law at Sinai. Devout Catholic nobles wore high-heeled pumps to show off their legs clad in tights before the French Revolution; they were the anti-Catholic revolutionary men who wore long pants. Pink was a boy’s color until around the 19030s. Priests wore robes to celebrate Mass through the ages, and still do. We all know the fuss they make on the two days a year they wear pink. We all know how traditional Catholics esteem a priest wearing not just a robe, but lace, satin, embroidery and a ridiculous hat.

Joan of Arc was burned to death for not dressing in accordance with her biological sex, even though she only did so to protect herself from rapists, then she was retried and declared innocent by the Church. But the Church did not bother to punish those who murdered her.

I couldn’t tell you how clothes get the reputation they have. I don’t know why trans people are the new scapegoat. I don’t know why we have currently decided that this outfit is a girl’s outfit and this one is a boy’s outfit, and that obeying this dress code is a sign of virtue.

In any case, the Diocese of Milwaukee seems to be referring to dress codes and school uniforms when it says to dress according to biological sex. A modest plaid sweater and blouse for the young women and khakis for the young men, I suppose. When I was a little girl, from first to fifth grade, I went to Catholic schools and wore these uniforms. Sometimes in hot weather I wore the uniform shorts, but usually the sweater. The sweater was a plaid apron that came down to just past the knee; the blouse underneath had generous short sleeves in the warmer months and wrist-length sleeves in the winter. I quickly discovered that these outfits are the least secure in the world. The blouse is a thin, slippery fabric and the buttons tend to come undone if you move around too much. The skirt is just the right length to fly on the playground, and if you wear anything other than underwear underneath you get teased for being a prude, so of course you don’t. A handy person can get under the rigid fabric of the skirt in a second. It can reach the armhole of the modest sweater. It can see through the thin, slippery fabric of the modest blouse and tell if you’re wearing a bra or a camisole or nothing, and pinch or snap accordingly.

On the other hand, good solid pants with a belt and a polo shirt would be as safe as a fortress for a girl. If my daughter ever goes to a Catholic school, I will insist that she wear the “boys” uniform instead of the girls, to hell with biological sex. But my daughter will never go to a Catholic school. These are not beautiful places.

I don’t understand how some things get the reputation they have. I don’t know why we think school uniforms are modest or that Catholic schools are quality places.

That was the stream of consciousness running through my head yesterday – that, and being sorry that my trans friends are being slandered again.

Today, all those thoughts have been driven away, as we have new news from the Catholic Church: the news that when he was Archbishop Ratzinger, Pope Emeritus Benedict ignored sexually abusive priests under his jurisdiction.

This news is described as a bomb, but for my life, I don’t know why. It’s completely predictable. We get “bombshells” like this over and over again. That’s what bishops do. They ignore abusive priests. We know it goes all the way to the top for the longest; there are no more surprises at all. Every article printed on this topic today might as well be recycled from 2001 or 2018 or any other time. This is old news.

Everyone knows that the Catholic Church abuses children and ignores abusers while raising scapegoats that they believe are corrupting our children. This is how it works. One day, the bishops come out with a new scapegoat and a tactic to fight them. The next day we discover that the bishops were complicit in ignoring the abuse again. They don’t care about real dangerous people; they care about fakes. Everyone realizes that now.

Sometimes, eventually, things get the reputation they deserve.

It makes me sad that the Church has such a reputation, but that’s fair.

Mary Pezzulo is the author of Meditations on the Stations of the Cross and Stumbling in Grace: How We Meet God in Tiny Works of Mercy.
Steel Magnificat works almost entirely on points. To tip the author, visit our donation page.