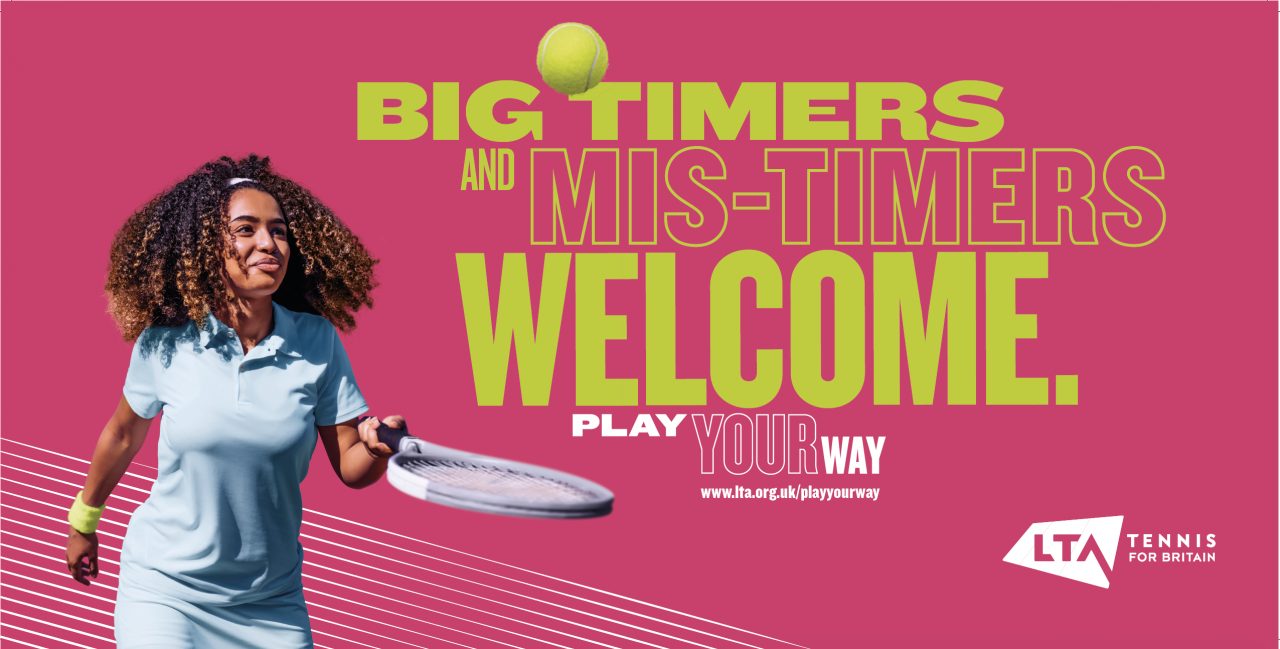 The London & Partnership won the â€œSport and Leisureâ€ category at the Drum Awards for Marketing 2021 with its campaign for the Lawn Tennis Association (LTA). Here, the team behind the winning entry reveals the secrets of this successful project …

Tennis had an image problem. It was seen as stuffy, full of strict rules and dress codes. It was confined to the four corners of the court, dependent on good weather and reserved for the elite, with 72% of Britons believing that “tennis is not for people like me”. (Nat Rep tennis participation survey, Toluna, January 2020)

And although it is the seventh most played sport in the UK (Sports Participation Report, Mintel, October 2019) and climbs the sporting agenda once a year as Wimbledon fever contributes to attracting over 11 million fans to the sport, it faces a much harsher reality of declining participation, with only 13% of those fans actually playing the sport. (Segmentation and sizing of tennis fans, JIGSAW Research, 2018)

Our task was therefore simple. Change secular perceptions of the sport by inspiring new audiences to pick up a racket and play, helping to increase the number of participants nationwide.

We decided to face these misconceptions and, as part of the LTA’s continued commitment to open tennis to the nation, we have developed “Play Your Way” – a brand new platform that challenges stereotypes and rewrites the rules. â€œPlay Your Wayâ€ helps inspire, invite and celebrate people of all abilities, ages, genders, locations and backgrounds to pick up a racquet and play – anytime, anywhere, anyway.

In order to win hearts and change the minds of new audiences to play, while encouraging those who might have pulled their racquets out of the closet, we needed to be fresh and daring in our communications. But then Covid-19 hit and rocked the world. In March, we were quickly forced into the first nationwide lockdown with all non-essential services ordered to close and our daily exercise limited to a short walk / run in the park.

But that did not deter us. We knew that with the easing of restrictions, tennis would be one of the few sports that could be played because of its natural and open access. We needed to capitalize on inspiring the nation to enjoy both the fun and the mental health benefits that result from playing the sport. So we quickly worked to establish our gradual return to tennis and effectively align our campaign activity.

Our first phase out of confinement aimed to wake up all fans, players and athletes, to bring tennis out of hibernation and consider getting on the court. To help provide the required fit, we used bold and provocative statements such as “Out’s the new in” and “Big timers and mis-timers welcome”, against a dynamic and energetic new visual identity.

The creation was deployed across a range of traditional and geo-targeted digital OOH sites (within 500m near more than 300 courts and park clubs) and was supported by a mix of social assets of static images and lively, helping to generate consideration among our new and existing audiences.

Our second phase aimed to further inspire those already affected and engaged to step out and start playing their way, using a mix of broadcast channels to help achieve mass reach and awareness. However, with the Covid-19 restrictions remaining a constant challenge and not being able to use a large number of players or movies in some locations, we had to completely rethink the creative approach.

Working remotely from lounges across Europe, we went from script to screen in just 12 days, using an array of moving and nostalgic vignettes of tennis balls hit, lost and found, against a backdrop of Grande -Modern Britain. As our audience follows the tennis balls bouncing off the garage doors splashing into the canal or getting stuck in the rafters of the center court, they are able to transpose into every moment, without judgment and are eager to join the fun of play their way.

Taking a documentary style approach, our agile team filmed 25 locations in just 48 hours, battling all types of UK summer weather conditions along the way. All editing and post-production was completed on Zoom, including a memorable voiceover recording with comedian Guz Khan, which helped give tennis a cheeky new voice. Along with that, the talented team was able to recreate some of the more difficult shots to achieve with clever use of CGI.

The final phase of the campaign focused on maintaining the awareness, interest and participation of our audiences. To achieve this, we developed social films for retargeting, which unexpectedly followed an upside-down tennis ball course, each of the three films being created for a specific product and target audience.

Our branded 30-second film has been rolled out across linear TV, VOD and social channels, reaching over 33 million people and recording over 50 million views, achieving an average view rate of 211% above benchmarks of the sector. (Facebook: Benchmark = 3% / Actual = 8.94%; YouTube: Benchmark = 40% / Actual = 49.4%)

Social media audiences were able to seamlessly access the LTA’s online platform, Rally, where they were able to locate and reserve the nearest land, as campaign activity quadrupled bookings online and 19% over one year. -year of growth for website visits. (LTA / Trackers surveys, Google Trends, Google Analytics / Google Ads)

The campaign film was covered by more than 60 national and regional consumer and trade press titles, including being named Campaign Day Ad of the Day, and the LTA’s Facebook page received the second highest engagement. high of all UK National Governing Bodies during the month of July.

Through integrated campaign activity and the support of our 1,500 registered national sites, coaches and partners, we have helped move towards a more inclusive sport and effect long-term change, significantly shifting the dial on many perception and attitude measures:

In addition, we have also been successful in engaging new audiences to enter the game for the first time, helping to increase participation nationwide:

This project was awarded at The Drum Awards for Marketing 2021. Find out which Drum Awards competitions are currently open and don’t forget to visit our new interactive calendar.

“Deprived of the right to vote”: Macedonian women step up their fight for equality