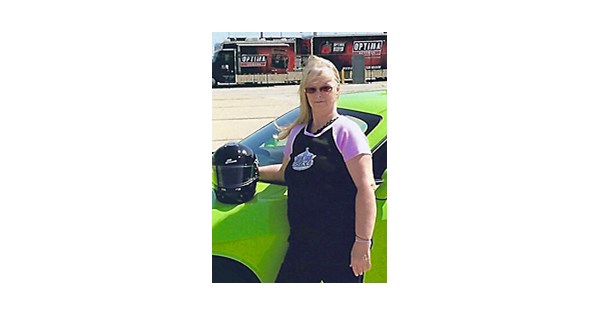 Growing up, Sonya loved her horses, especially her horse Daisy Mae. She spent many hours riding and grooming her horses, and was later elected Queen of the Saddle Club where she participated in several events and parades. After graduating from Hope High School in 1967, she moved to Kansas City to attend computer business school. She also worked at Sears, Hallmark Cards and was an office manager for an insurance company. His work experience was the equivalent of a bachelor’s degree in computer science.

One of his greatest achievements in Kansas City dates back to 1969 at the age of 19. She was the only female drag racing woman at Kansas City International Raceway, riding her 1969 Camaro. There she became the 1969 Eliminator Champion. Her professional experience and love of adventure have taken her to many places throughout the world. throughout his life, notably in Topeka, Wichita, Colorado, Hawaii and finally Nebraska.

On October 14, 1978, she married Richard Weaver and moved to Lupton, Colorado. In 1979, they had a son, Nick Weaver. They spent time in Colorado but eventually moved to Nebraska. On December 31, 1987, Sonya married Danny Dakan in Lincoln, Nebraska. In 1989, their daughter Jeannie was born. Sonya worked at Centel Corporation where she was responsible for the network for many years. After her job there she worked as a babysitter and then worked in the housing industry managing final inspections, using her sense of perfectionism and attention to detail.

One of her biggest hobbies later in life was her tailoring ministry, Daystar Creations, where she was able to bless little girls with a beautiful dress and matching doll. Many of his creations were sent abroad. She also designed suits, evening dresses, tuxedos and other miscellaneous pieces using her tailoring skills. Sonya loved muscle cars and owned seven Camaros. Her favorite was her 1996 Z28 SS Limited Edition Number 803, which she called Rikki. In 2013, she acquired her first Hemi Dodge Challenger. In 2015, she was able to order one of only 2,000 Dodge Challenger Hellcat.

Sonya felt that her greatest achievement in life was to be the mother of her two children and later to become the grandmother of her three grandchildren. She often described her love for them as “loving them more than life itself”. Sonya was very passionate about her faith. Her love for Jesus constantly shone in her with her generous and compassionate personality. She had a big heart for both people and animals and never knew a stranger. She will be missed by all who were fortunate enough to know her.

She is survived by her husband Danny Dakan, her son and daughter-in-law Nicholas and Casey Weaver, daughter and son-in-law Jeannie and Isaac Worrell all of Lincoln. Grandchildren Aysha Alexander, Noah Worrell and Kinsley Worrell. Sisters and brothers-in-law Priscilla and Michael Riat of Edmond, Oklahoma, Linda and David Struble of Salina, Kansas. Sister-in-law Norma Gravatt of Solomon, Kansas. Sonya was predeceased by her parents and brother Bryan Gravatt.