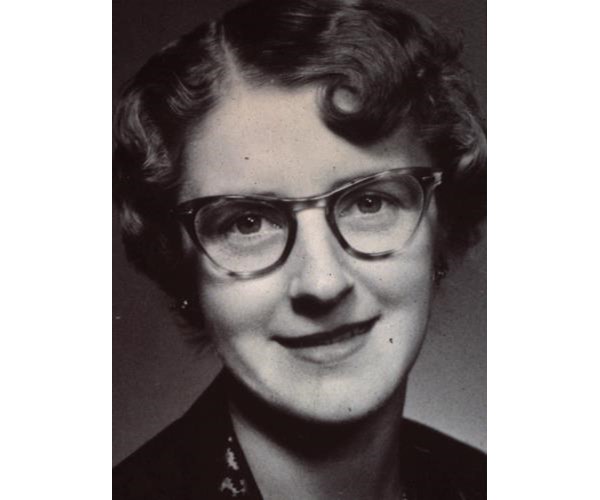 By Pedro M. Baker Last updated Oct 25, 2021
Share
Fabienne Côté died on October 20, 2021 at St. Teresa’s Rehabilitation and Nursing Center in Manchester, New Hampshire, surrounded by her husband and children, who sang for her as she breathed her last.

Born in the village of Saint Philibert, Quebec, April 27, 1928 to Eddie Brochu and Georgiana Groleau. Fabienne was the mid-five-year-old, the eldest and the youngest of the adopted siblings. She had fond memories of growing up on a subsistence farm, without electricity until she was 18; do homework by oil lamp until formal education ends with the completion of eighth grade; going to church every morning to sing Mass, pick wild strawberries in the fields around his house; call sheep by name and watch them run towards her; play the piano and accordion during family carols, to name a few.

In 1956, she married Richard H. Côté, a native of Beaumont, Quebec, who had emigrated to Vergennes, Vermont. They met as correspondents, when he responded to his advertisement in Catholic Action. They fell in love during a nine-month correspondence. The fifth time they saw each other in person was on their wedding day.

Over the next 65 years, they built a wonderful life together and raised five children. They left Vermont after Richard’s family sold their dairy farm and traveled to Massena, New York, then Niagara Falls, New York, where he found work on the St.Lawrence Seaway and the Niagara Falls Dam before settling in New Hampshire where Richard became a truck driver. Many winter nights, when her husband was on the road, Fabienne gathered their five children to kneel down and recite the Rosary for her safe return home. Family vacations were annual visits to Saint Philibert to visit French speaking family and friends. It was important for Fabienne that all her children master their French heritage and language.

Fabienne worked as a housewife. She was an expert seamstress who took great pride in her craftsmanship. She meticulously sewn wedding dresses for each of her three daughters and her first daughter-in-law, and then had a great time sewing for her grandchildren. She also made porcelain dolls and dressed them as Christmas gifts for her granddaughters. Her grandchildren remember years of summer fun in the pool and barbecues in “grandma’s house”.

Fabienne and her family attended St. Thomas Aquinas Church in Derry where she made many close friends. She especially enjoyed working at the annual Christmas fair, donating many sewn items and oil paintings, another of her creative passions.

In 1999, she was invited to represent New Hampshire’s Franco-American heritage at the Smithsonian Institution’s National Folklife Festival in Washington, DC. music.

In 2004, Fabienne and Richard moved to Auburn, NH, where they had lived ever since. In 2006, fifty years after emigrating to the United States, she became a naturalized citizen so that she could finally vote.

A Christian Burial Mass will be celebrated at Saint Peter’s Parish, 567 Manchester Rd., Auburn, NH on Monday, October 25 at 11:00 a.m. Masks will be provided at the entrance to the church. To protect Fabienne’s unvaccinated great-grandchildren, friends and extended family who have not been vaccinated are encouraged to attend only Graveside services that will follow at Forest Hill Cemetery, East Derry, NH at 12:15 p.m.

In lieu of flowers, contributions can be made in her memory at St. Teresa’s Rehabilitation and Nursing Center, 519 Bridge Street, Manchester, NH 03104. The family would like to thank the St. Teresa staff for the loving care of Fabienne.

The Peabody Funeral Homes and Crematorium in Derry help the family make arrangements.

Did Covid-19 kill the costume? How sewing changed during the pandemic