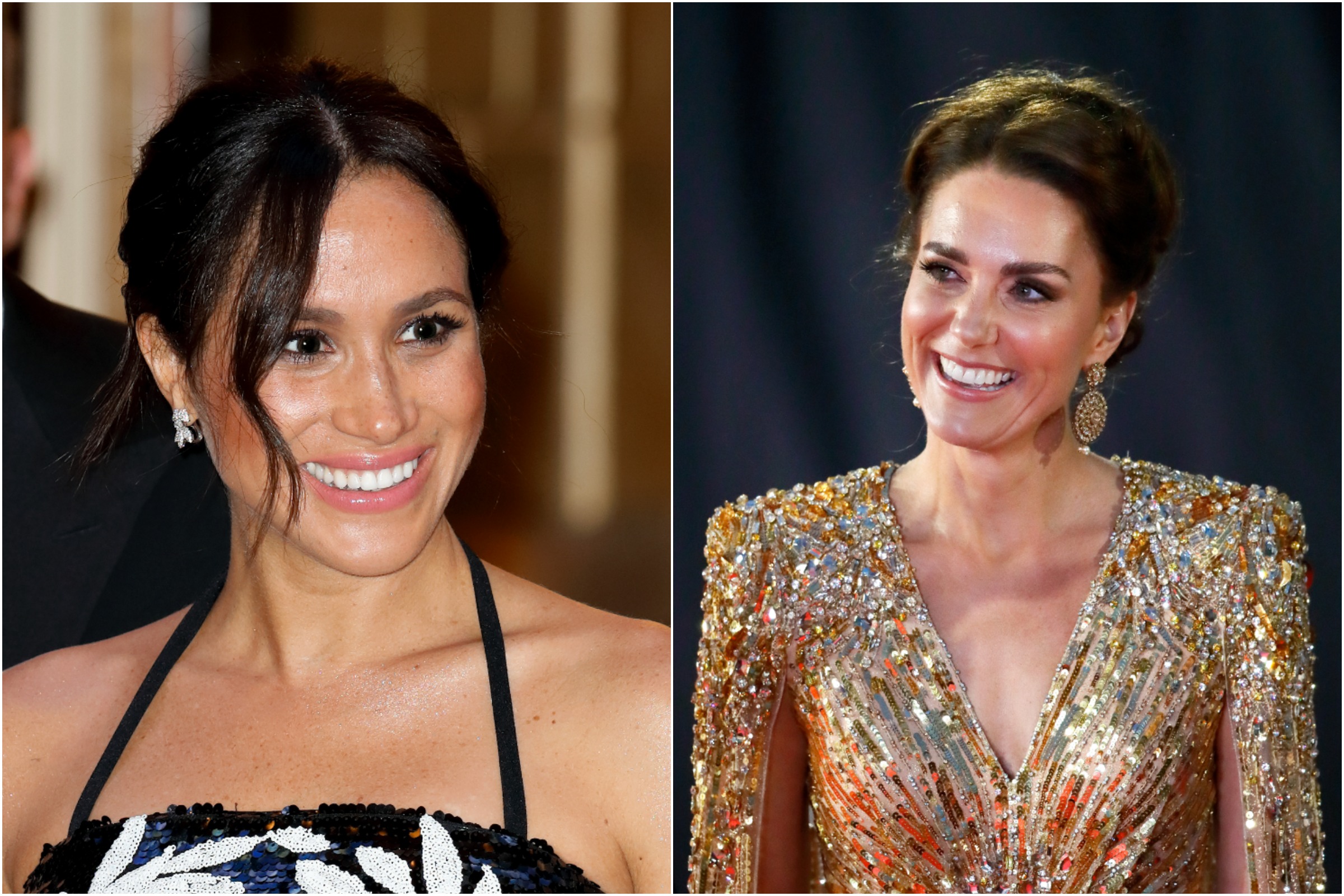 The image of a fantasy princess is ingrained in the fabric of our society. Images of beautiful royal women in even prettier dresses have been circulating and coveted for over five centuries. For a modern, self-reliant princess, getting dressed isn’t all the job requires. As Meghan Markle and Kate Middleton learned, it’s possible to harness the power of a dress to draw attention to the humanitarian causes they support and the social statements they make.

When Kate joined the royal family on her wedding to Prince William, the fashion press waited anxiously to see if she would fill a void left vacant since Princess Diana’s death 14 years earlier. That of a royal fashion icon.

Kate treaded carefully in the early years of her marriage in an effort to remain stylistically neutral. As she developed a confidence in her royal duties, a greater appreciation of her clothes became apparent.

Today, Kate reserves her most powerful fashion statements for her evening wear. From award ceremonies to movie premieres, Kate is sure to dazzle in good times and bad.

Meghan has understood the diplomatic overtones of her wardrobe from her early days in Hollywood and fulfilling her role as UN Women’s advocate for political participation and leadership.

For her engagement announcement to Prince Harry, she wore a conservative white coat, but for the official portraits taken at Frogmore House, she established her signature style by wearing a dramatic Ralph & Russo evening gown.

Meghan’s talent for selecting evening dresses that generate impact is something she continued to use after moving to California with Prince Harry in 2020.

Here is just a small selection of Meghan and Kate’s most dazzling evening dresses:

For a Hollywood actress, film premieres and red carpets come naturally to Meghan, who is well versed in the art of dressing for the camera. In 2019, alongside her husband Prince Harry, Meghan attended the premiere of Disney’s live-action story of The Lion King. She wore a long black cocktail dress on the yellow carpet to meet stars Beyonce and Elton John. Meghan’s confidence in her movie star surroundings was noted and her dress celebrated as a resounding success.

Kate may be less associated with the glitz and glamor of a Hollywood premiere, but she’s proven time and time again that she can adapt her style when called upon. Arguably her most successful style moment of the past decade, the Jenny Packham dress chosen for the royal premiere of the new James Bond film in 2021 has created an outpouring of admiration on social media.

The performance of the royal variety

The Royal Variety Show is an annual theatrical celebration of British talent featuring members of the Royal Family. In 2018, Meghan, along with Prince Harry, was the guest of honor and she wore a black and white embroidered Safiyaa outfit. The outfit ensured she could be seen from the royal box at London’s Palladium Theater without harming the performers on stage.

Kate has attended the Royal Variety show numerous times. In 2019, however, she dazzled in a sheer black gown with lace detailing by her wedding dress designer, Sarah Burton for Alexander McQueen. The elegant flowing dress was styled with black accessories and Kate’s famous hair loose around her shoulders.

Diplomatic dress on royal tours abroad is a key consideration for royal women. It is essential to respect the habits and customs of the host country. Meghan paid particular attention to this during her visit to Morocco in 2019. At a dinner hosted by the British ambassador, Meghan wore a modest bespoke evening dress made by Christian Dior in Paris. Seven months pregnant at the time, the Dior creation offered both comfort and coverage in the Moroccan heat.

Kate has become an expert in putting together a wardrobe for overseas tours. While touring Pakistan in 2019, Kate selected a green sequined evening dress by Jenny Packham. The dress featured a long sari-inspired scarf draped over one shoulder as a tribute to the traditions and styles of the local community.

Whether presenting or accepting, award ceremonies are among the most visible events at which members of the Royal Family can be seen. Meghan accepted the President’s Award at the NAACP Image Awards in February wearing a custom dress by designer Christopher John Rogers. Meghan launched the order and the designer said he emphasized the idea that the dress was a “revelation” because it hadn’t been seen in public for a while. The dress has been widely praised and links have been made between its silhouette and that of a dress worn by Princess Diana in 1988.

Kate attended the BAFTA Film Awards in 2017 alongside Prince William wearing an off-the-shoulder dress by Sarah Burton for Alexander McQueen. The floral print dress in shades of black, green and white created a dramatic impact as the Duchess took her place for the ceremony amongst some of the most famous people on the planet.

Gala celebrations come in many forms with many different dress codes. For the 2021 Salute to Freedom gala in New York, Meghan wore a vibrant scarlet gown by one of her favorite designers, Carolina Herrera. The dress paid tribute to the veterans honored that night, its color referencing the red poppies associated with remembrance of those who lost their lives in the World Wars.

As the future queen, Kate is required to dress as such when attending official state functions. In 2018, during the official State visit of the King and Queen of the Netherlands, Kate donned Princess Diana’s famous pearl tiara and wore a silk evening gown with pleated detailing by Sarah Burton for Alexander McQueen. It is on these great occasions that the public glimpses the majestic figure that Kate could one day become.

The Sims 4 My Wedding Stories: Is It Worth Buying?

Reviews | The Ukrainian War and the Retro-Future