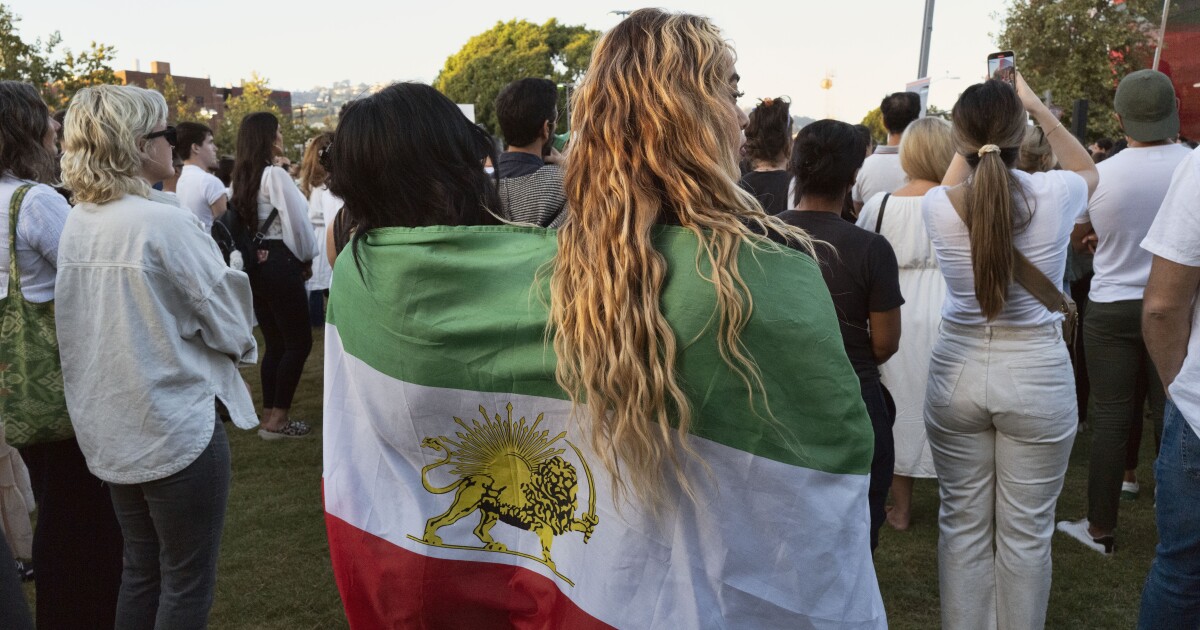 As the Iranian government cracks down on protests and cuts off internet access, organizers say a protest in Pittsburgh will be a megaphone for the Iranian people, especially women. Members of the Iranian-American community in Pittsburgh plan to gather at the City-County Building Saturday at 11:30 a.m.

The “Be the Voice” rally and march follows last week’s local memorial for Mahsa Amini, a Kurdish woman who died after being detained by Iranian morality police for allegedly wearing her headscarf improperly. It is part of a global day of action, with over 130 participating cities.

The event’s co-organizer, Maryam Saeedi, grew up in Iran and says much of her family is still there. “The main reason for this protest is that we show our support for brave Iranian women and the Iranian people in general, who are fighting for their basic rights,” she said.

She argued that this problem was not just about dress codes, but about human rights abuses. “The majority of [Iranian] people don’t see this kind of misogyny [as] what to do in the country. And that’s what people are fighting for. They fight for their freedom, and they fight for equality between different sexes, between different races.

Ali Shourideh, a professor at Carnegie Mellon University, stressed the importance of speaking out against the violence Iranians face.

There is a large Iranian diaspora in Pittsburgh and other American cities who are worried about what is happening on the ground in Iran, he said. “A lot of the mainstream media don’t cover the protests as much as they cover similar events happening, for example, in Ukraine and so on,” Shourideh said. “And I think naturally, therefore, the community as a whole is less aware of what’s going on.”

Organizers are urging Pittsburghers to read and share information about the situation in Iran.

The Dress Upload: 7 Styles Vogue Editors Are Loving in September