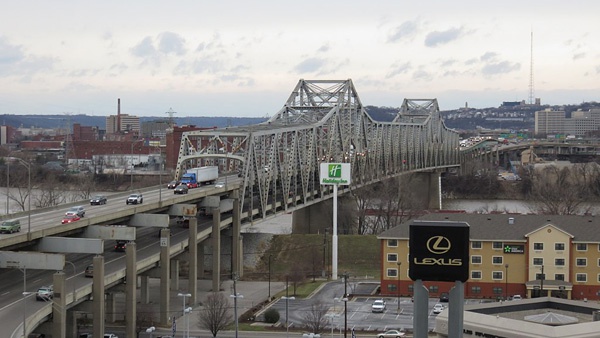 FRANKFURT, Kentucky (March 16, 2022) – Governor Andy Beshear today announced two more engineering excellence awards for the emergency project in which the fire-damaged Brent Spence Bridge was repaired and reopened on budget and ahead of schedule .

The American Council of Engineering Companies (ACEC) presented the project with a National Recognition Award as part of the council’s 2022 Engineering Excellence Awards competition – the “Oscars of the Engineering Industry”.

Additionally, the project received the “Best of the Best” award in the Bridge/Highway category from Engineering News-Record (ENR), widely regarded as one of the construction industry’s most highly regarded publications.

The Brent Spence Bridge, which spans the Ohio River between Covington and Cincinnati and carries 160,000 vehicles a day on Interstates 71 and 75, was abruptly closed when two tractor-trailers collided and burned in the early morning of November 11 2020.

The Kentucky Transportation Cabinet (KYTC) quickly assembled a project team, including consulting engineers from Stantec and Michael Baker International and a construction contractor, Kokosing Construction Co. An already tight schedule – to reopen the bridge in exactly six weeks, December 23, 2020 – was beaten by a day and the bridge reopened on December 22.

“Nobody was thinking about future rewards at the time. Everyone was focused on fixing and reopening as quickly as possible a bridge that is essential to our commerce and the daily life of our people,” said the Governor Beshear “Still, it is gratifying that their work is recognized as exemplary. And now, with our partners in Ohio, we are also focused on building a companion bridge along the Brent Spence.”

KYTC Secretary Jim Gray said the ACEC and ENR awards were “a great credit to our highly innovative engineers and myriad partners, who have all worked day and night to restore one of the most important passages in rivers of the eastern United States”.

Men’s fashion through the ages: V&A organizes its first exhibition of men’s fashion