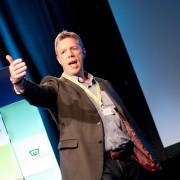 The importance of “wellies” was among the issues highlighted after regional journalists were inspired to share their fashion tips online.

Journalism trainer Andy Dickinson, who teaches at Manchester Metropolitan University, sparked a debate over industry dress codes after posting on Twitter how he planned to give advice on the subject to his new students.

Andy’s tweet elicited dozens of responses, including many from journalists working in the regional press, and the full thread can be viewed here.

A number urged newcomers to the industry to dress smart, while others preferred more casual attire.

Some respondents also encouraged new reporters to make sure they have a good pair of Wellington boots on hand.

“When you knock on someone’s door, go to an investigation or court, or approach someone on the street, you are the face of the organization and your attire should take it into account. I am however in my fifties.

On dress code, Tom Seaward of the Oxford Mail added: “I was wearing an open-necked linen shirt in court during the heat wave and a judge asked me if I was going to the beach.”

AP political reporter Chris McKeon, who worked for the Liverpool Echo and Surrey Live, agreed a suit was a necessity.

He said: “My journalism tutor used to say ‘what if you were to go interview the Emperor of Japan?'”

Sarah Ward, Editor of SWNS Scotland, said: “Having a professional appearance builds trust with the public, cops, court staff and with yourself.

“Especially for girls, because older men naturally talk with younger women. I treasure my smart work clothes and never wear them again.

“We allowed smart shorts during the heat wave. A smart coat can transform an outfit if need be.

As well as advising a “smart jacket and shoes for the kills, the courts, and the nitty gritty,” she wrote, “If you’re in a rural area and don’t have wellies in your car trunk, you miss stories.

“[Ex-Gloucestershire Live journalist] Ben Falconer had on a pair of waders to cover the flooding.

The answers inspired Andy to write a blog on the subject.

He wrote: “What I love about the replies to my tweet is the idea that there are some very practical issues at play here.

“As a journalist you tell all kinds of stories and you have to make sure you are prepared. From muddy fields to heartbreaking conversations with grieving families. We know in our hearts what is appropriate.

“Having said that, we can’t escape the impact of covid and remote working on some parts of journalism – there’s been a lot of ‘shorts and t-shirts on zoom’ comments.

“We are operating in changing times and the idea of ​​a dress code can seem so pre-covid. But there was a very strong sense of what was professional without having to dictate.

“Perhaps the idea that how a journalist should dress being a generally understood norm rather than an uncritical rule speaks volumes about the change in attitude.”

Speaking to HTFP, Andy said he “wasn’t really surprised by the advice and the stance that people have taken”.

He added: “The idea that there was a standard that people kind of tuned into was nice. As an academic, I could be a bit sharp on identity, newsroom culture and the role of a journalist, etc.

“But I thought it was a useful collection of advice for new people entering the industry and the idea of ​​what is acceptable when Covid has upended the way we do things and new entrants can rarely get along. meeting up in a newsroom to soak up that expectation and experience – or borrowing a tie from a colleague.

“As an aside. I thought the upcoming ‘death shots’ were interesting – you’d be led to believe by some that this is the kind of right-of-way journalism that no longer exists.

“But that’s clearly one thing – with the court and the council. And one thing people take seriously.