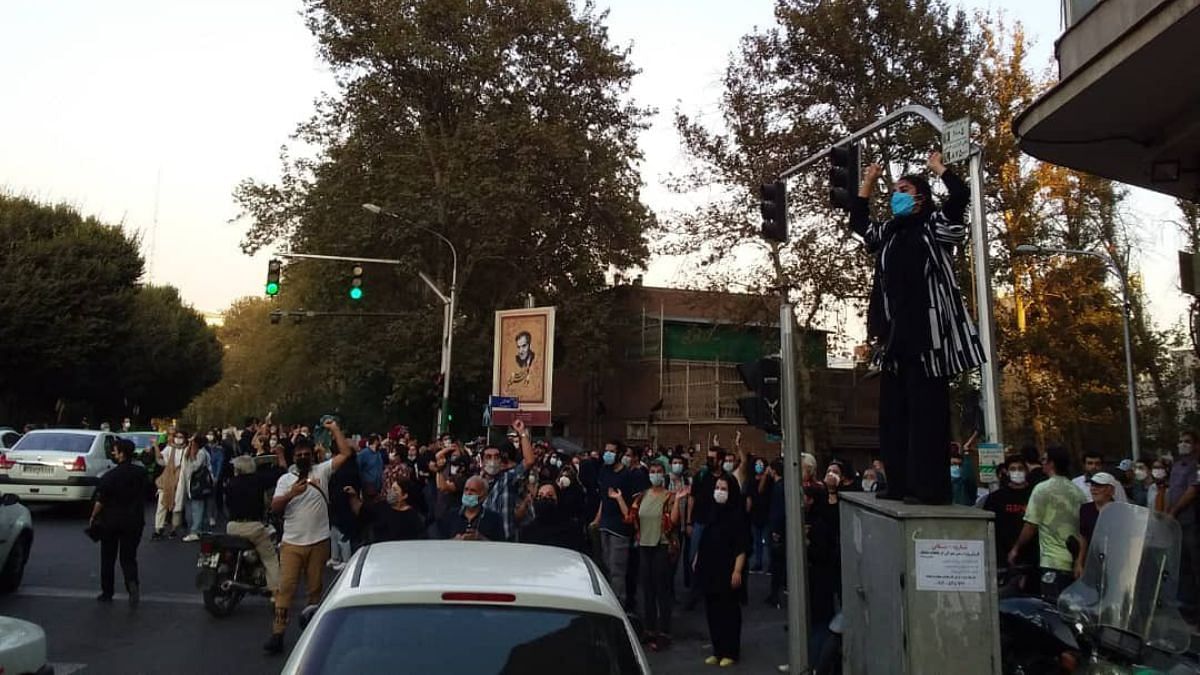 
Thank you dear subscribers, we are delighted with your response.

Your Turn is a unique section of ThePrint featuring the views of its subscribers. If you are a subscriber, have a point of view, please send it to us. Otherwise, subscribe here: https://theprint.in/subscribe/

One of the first casualties of post-revolutionary Iran was women’s rights, which included the loss of their ability to choose. Imposed as a moral code, the veil (or hijab) has become a legal offense in 1983 during the first presidency of Ali Khamenei, who has served as Supreme Leader since Khomeini’s death in 1989.

After the Revolution, there was a simultaneous evolution of two narratives in the country: the “need to liberalize hijab restrictions” led by the so-called reformists, and the “demand for stricter hijab enforcement”, embraced by extremists.

If Rafsanjani (1989-97) and Khatami (1997-2005) tried to defend the permissive code of the hijab, Ahmadinejad (2005-13) called for a stricter application. Under Rouhani (2013-21), the hijab issue has become more controversial. Rouhani’s decision to release a government report showing a sea change in public opinion on enforced dress codes also contributed to these divisions.

During this time, the demonstration movements against compulsory hijab have also become vocal and widespread. Finally comes the Raisi presidency this was hailed as the start of a new era of ultra-conservatism in Iran. Such analyzes came true when his government introduced changes to the hijab code.

In early August, the mighty Supreme Cultural Council of Iran met to remove the legal penalty for compulsory hijab which was signed by Raisi the same week. This could have been a positive development if the government had not chosen to hold the vice police accountable. This resulted in frequent incidents of violence against women.

Several women have since been dragged and assaulted by vice police for what they call the “bad hijab”. The government has authorized the use of facial recognition software in public places to find women not respecting the hijab code and to punish them with social exclusion which includes in particular the prohibition to enter government offices and the denial of social services of all kinds such as buses and the banks.

In recent months, several incidents have stunned the Islamic nation when women have been seen dragged by the morality police, forced confessions (such as that of Sepideh Rachno) and blows resulting in injury (as was the case with Mahsa (Zhina) Amini) have taken place.

In the third week of protests, Supreme Leader Ali Khamenei made his long-awaited statement. But, contrary to his previous statements, Khamenei sounded defensive this time.

He seemed to have understood the seriousness of the protests when he spoke, “Many Iranian women who do not observe the hijab perfectly are among the staunch supporters of the Islamic Republic.” He added, “Some of them are young people taking to the streets due to the influence of an internet program.”

Two important observations can be made here.

First, the statements distinguished between two types of women who protest against the hijab: those who do not practice the hijab code correctly but support the Islamic Republic, and those who took to the streets solely due to outside influence.

Second, according to Khamenei, those involved in the protests are not all delinquent citizens, but a few bad apples, who could be dealt with by “small punishment.” These may appear as semantic variances, but they have immense value once the history and context are examined. What Khamenei is trying to do here is legitimize the status quo, while placating extremists with tough actions against protesters.

This is significant given that in the past Khamenei has doubled down on his protests early on. Compare the current protests with previous protests in November 2019, when Khamenei called the protesters “thugs” and “hooligans” and called for all “necessary measures” to manage the protests, which naturally meant violent actions. The Reuters report estimated nearly 1,500 deaths thereafter. Khamenei exemplified similar aggressive and inflexible stances during the student protest (1999), the green movement (2009), and the protests after the downing of the Ukrainian airliner in January 2020.

Needless to say, a lot has changed over the past decade. What is remarkable is that this time Khamenei’s statements were more soothing than ever. This illustrates the anxiety within the regime. Khamenei (and his diehard cronies) aren’t known for conceding their values ​​and red lines. And in post-revolutionary Iran, the hijab is such a red line.

Now, was it change of heart, or pragmatism about changing dynamics in the country that led Khamenei to make such concessions? It’s hard to say for sure, but what remains certain is that the protests changed Iran and its politics for years to come.

But could this bring respite to women in Iran? This would be a definitive prediction for a country that is difficult to predict. However, it is clear that things would not be the same, and Khamenei’s submission speech illustrates that for the first time the hijab could become negotiable, or even abandoned altogether.

Read also : India can help end the Russian-Ukrainian war. Not being part of the EU can be the key

These articles are published as received – they have not been edited/verified by ThePrint.