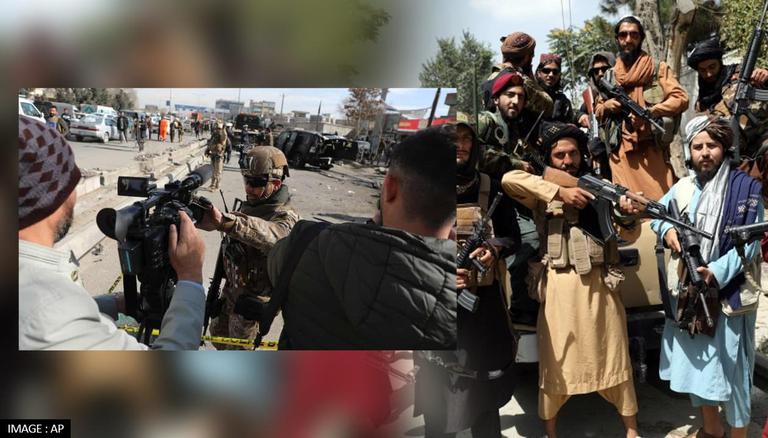 In Afghanistan, Taliban terrorist story has gone from suppressing the media to killing journalists

War-torn Afghanistan has spent 100 days under the Taliban, who seized power by toppling Ashraf Ghani’s administration in early August this year. Since the Taliban takeover, the plight of Afghan nationals has increased under totalitarian rule with the fundamental freedom of nationals threatened. Restrictions such as dress codes were imposed on citizens and those who disobeyed the same faced the wrath of the extremist regime. Other victims included journalists to whom the Taliban made empty promises of press freedom.

As noted by ANI in a recent report, at least 257 media outlets have been shut down in the country due to financial constraints and restrictions on the press. The report, citing the new media watchdog, Nehad Rasana-e-Afghanistan, added that more than 70% of media workers have found themselves out of work or have fled the country.

The report from Afghan media outlet Tolo News states that since the Taliban took control of Afghanistan, six journalists have lost their lives in various incidents involving attacks, explosions, suicides and more. There have been several horrific incidents that have described the perilous fate journalists had to endure during the Taliban reign of terror. From journalist Beheshta Arghand to filmmaker Sahraa Karimi, the list of media personalities victims of the totalitarian regime is long.

The journalist who interviewed the Taliban fled the country

One of the striking incidents describing the atrocities against the press in Afghanistan involved a female journalist Beheshta Arghand, who made history by interviewing the Taliban shortly after the takeover, fleeing the country amid a impending crisis. Arghand, who worked for Tolo News, gained ground at a time when concerns about women’s rights in Taliban-ruled Afghanistan were at their highest. Arghand has vowed to return to Afghanistan and serve his country provided the situation becomes favorable and the Taliban keep their promises.

Another shocking incident took place when extremists broke into a news station in Afghanistan and took the presenter hostage in front of the camera. No less than 8 activists burst into Peace Studio while the debate called “Pardaz” was unfolding. With activists breathing behind his neck, the visibly frightened presenter spoke of the collapse of Ashraf Ghani’s administration while pursuing the bulletin.

Earlier in August, the Taliban banned two female journalists, Khadija Amin and Shabnam Dawran, who worked for the state-owned Radio Television Afghanistan. The group also attacked two other members of the press for covering anti-Taliban protests in the eastern province of Nangarhar.

Shortly after taking control of Afghanistan, the Taliban imposed restrictions on the media that hampered the independent media and the media and press freedom in general. Media organizations were not allowed to write or broadcast articles contrary to Islam “.

Journalists must work in disguise to escape Taliban wrath

More recently, in a conversation with Republic Media Network, an Afghan journalist said that the situation had taken its toll under the Taliban regime. He claimed that journalists, mainly those working on reports and reporting outside, could not work freely in the country.

“Taliban fighters are very sensitive to Afghan journalists. Most of the time, we don’t expose our identities and they don’t let us cover information that concerns them. Journalists receive death threats,” the journalist said. Afghan.

The aforementioned incidents are just a handful of depictions of aggressive measures against press freedom in this now war-torn country. As 100 days pass under the Taliban, the plight of journalists is endless as many who have fled the country fear a return. Like their empty promises on free movement and the way of life for women, guarantees on free speech are not kept and the future of journalism in Taliban-ruled Afghanistan remains behind a question mark.

(With entries from ANI)