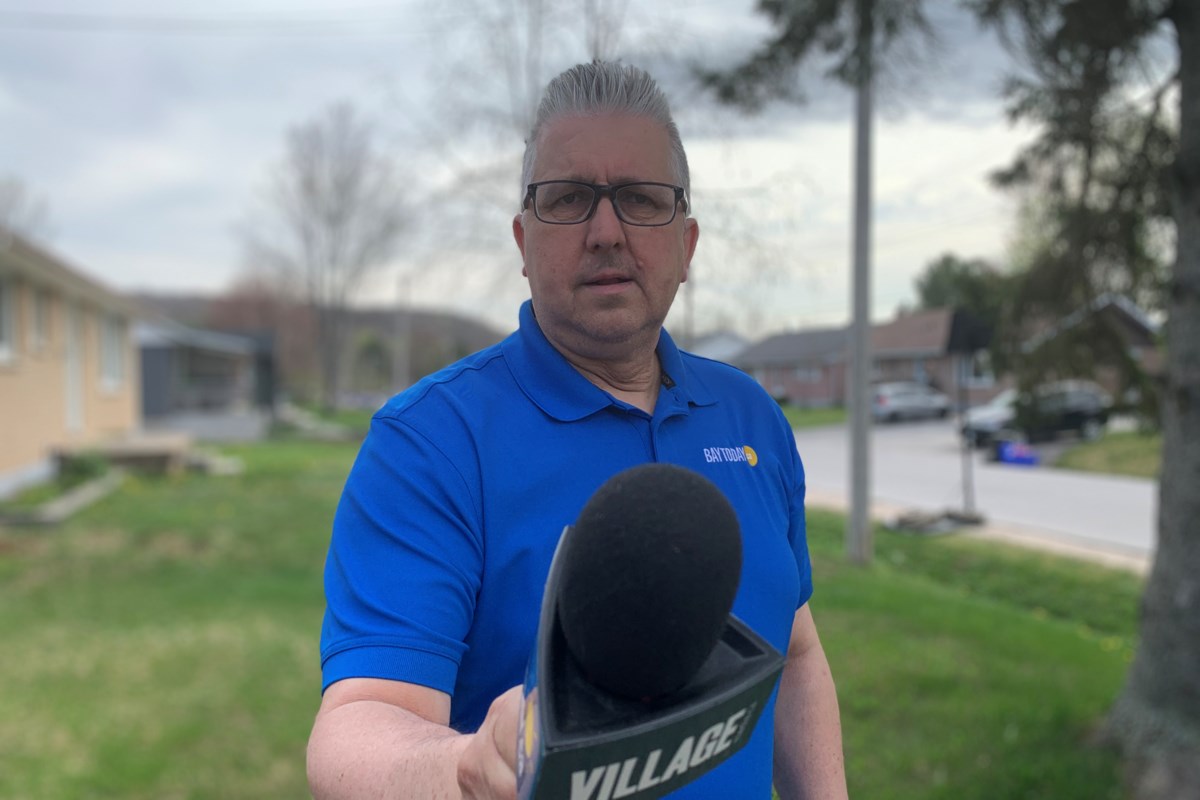 I remember in the late 1990s working for ONTV as a regional reporter covering Northeastern Ontario. At the time, my bosses gave me an ONTV Nissan Pathfinder that I could use to cover all my missions.

I was encouraged to use the colorful logo-covered vehicle with ONTV decals during my personal time, as they felt it was a form of publicity and promotion for the station as I traveled up North.

My only bad experience of wearing the colors of the media in public was during a very bad winter in North Bay about 10 years ago. I’ve been a freelancer for Weather Network for over a decade, and one day while I was at the grocery store wearing a Weather Network jacket, an older man said he’d like to chain me up and drag me behind his truck, jokingly blaming me for the horrible weather and upcoming weather forecast.

It was an isolated incident and although it was uncomfortable to hear those words from a stranger, I didn’t feel threatened and took it as a joke.

Fast forward to 2022, and now you’ve seen many news outlets across Canada completely remove media banners from vehicles or even microphone flashes or coats. This has never been more evident than during the freedom protests in Ottawa, where journalists were pushed around, threatened and had beer cans thrown at them while they were live on camera.

“What I’ve seen in the past two days is absolutely sickening,” Brent Jolly, president of the Canadian Association of Journalists, told Global News in a Feb. 21 interview about the treatment of journalists at protests for border freedom at the Freedom Rally in Ottawa.

If you think BayToday was exempt from this kind of processing, well, I have to say, you’re wrong.

In the space of two days, at the height of freedom rallies in Ottawa, BayToday received two disturbing threats, one of which was actually investigated by police.

It was a rude awakening for us.

I must admit that after that there were days when I was hesitant to put on a BayToday jacket to go to a mission, as in-person events became more common as COVID-19 restrictions were lifted.

But on Tuesday, a very busy media day in North Bay, with the provincial leader’s debate taking center stage, I realized my fear was gone, so I proudly donned a BayToday golf shirt and zipped up my BayToday jacket, and I got out and covered my two missions.

While covering the protest on Wyld Street, I was able to see a number of local and provincial reporters, videographers and journalists and realized that none of them were wearing flags indicating who they were working for. The camera crew I saw filming the protest had no microphone flash or company sticker on their camera.

I hope maybe it was just a coincidence, but I really hope there will be a day again when all journalists can feel comfortable holding a microphone with a microphone flash and wear their media colors again without being afraid.

I’m happy to say that I’m not scared anymore and neither should any of my colleagues in other media.

In pandemic-stricken Chicago high schools, prom is a big deal