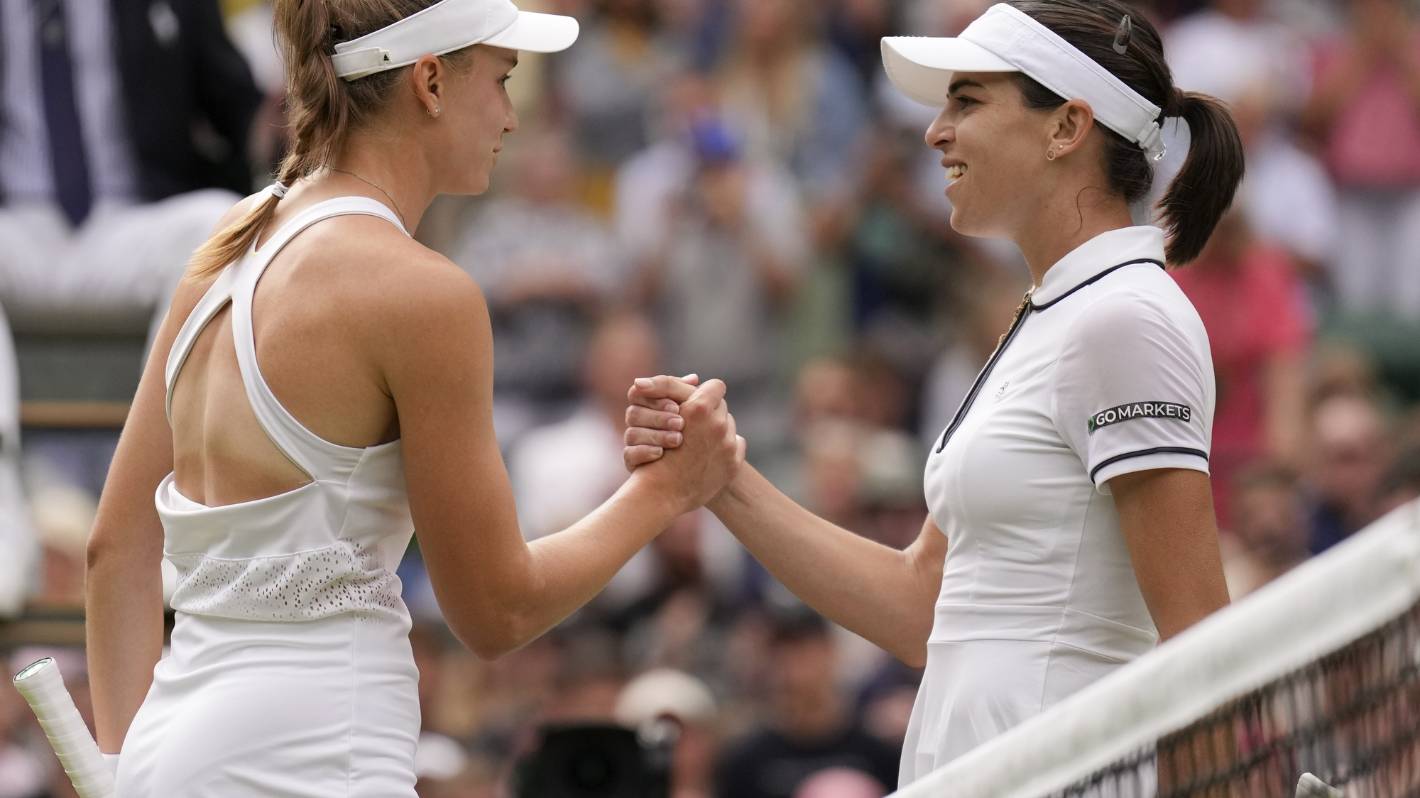 I’m in a burning rage about the Wimbledon dress code

OPINION: You saw it, I was – the person walking around, blissfully unaware that they’ve bled into their panties and pants.

Anyone who has their period knows that it can be very embarrassing. Periods have a bad habit of appearing when you least want them. Vacations with new partners, school dances, weddings, or even trips to run errands can all go fast and smart when a period unexpectedly presents itself.

But these all seem like minor inconveniences when you stop and think about the fact that there are people playing with their guts on the main court at Wimbledon and being forced to wear white in the process.

The official Wimbledon Clothing and Equipment Rules state that players “must be dressed in appropriate tennis attire which is almost entirely white…White does not include off-white or cream”. It’s been that way since 1877 and (of course) periods weren’t considered a point when this dress code was formulated because, color me shocked, women weren’t allowed to compete at the time .

The sport’s strict swim break rule adds to the headache. According to a 2020 Grand Slam rulebook, a player in a singles match only has one break to use the bathroom or change clothes during a best-of-three match.

The reasoning behind the Puritan dress edict: White hides sweat stains and everyone knows sweat is disgusting – it needs to be hidden. But good advice: despite what Prince Andrew would have you believe, people do sweat, especially when exercising.

People bleed too, and if they bleed from wearing white and contorting their bodies to hit high-speed balls, you’re probably going to see it too. Some people (the type who can’t stand seeing people sweat, I guess) would probably find it a disgusting sight. A white tennis skirt adorned with red spots would be enough to scare away strawberries and cream from the madness attendants.

And yes, when menstruation comes, you continue if you can. If you’re on the pill, you can safely bundle your packs to avoid a pesky appearance, as Australian player Dasha Saville said during Wimbledon, but modern athletes shouldn’t have to do that just because a bunch from fuddy- the duddys sitting in the bleachers of the 19th century could not bear to see a sportsman displaying the physical result of his efforts.

When Chinese tennis player Zheng Qinwen lost her fourth-round match at the French Open in May, she openly admitted that menstrual cramps were hampering her game.

“It’s just girl stuff, you know. The first day is always so hard, and then I have to do sports, and I always hurt so much on the first day. And I couldn’t go against my nature,” Zheng said.

This is the most infuriating thing: if this was a problem for all players, it would be solved in a day. As sports journalist Catherine Whitaker told The Telegraph. “If they had a dress policy that affected men like it affects women, I don’t think that particular tradition would last. I can’t imagine walking into the biggest day of my life, with my period, and having to wear white.

Fortunately, the athletic community is increasingly aware of the effects of menstruation. Golfer Lydia Ko was praised for her candor when she explained that “this time of the month” was the reason she had to be stretched by her physiotherapist midway through the final round of the Palos Verdes Championship in early May. But the baffled reaction of commentator Jerry Foltz who had questioned the intervention on the course shows how little “women’s issues” are taken into account in the sports field.

It might not have crossed Foltz’s mind that PMS might be causing the pinch in Ko’s game. But as she said herself, “I know the ladies watching say probably like, “Yeah, I got you.”

Someone who might have a tennis player’s lower back is the Duchess of Cambridge. As patron of the All England Lawn Tennis and Croquet Club and the Royal College of Obstetricians and Gynecologists, Kate Middleton can surely pull some strings here.

If the royals really want to appear more approachable and in touch with the plight of ordinary people, why not start at the root of most problems – the rules.