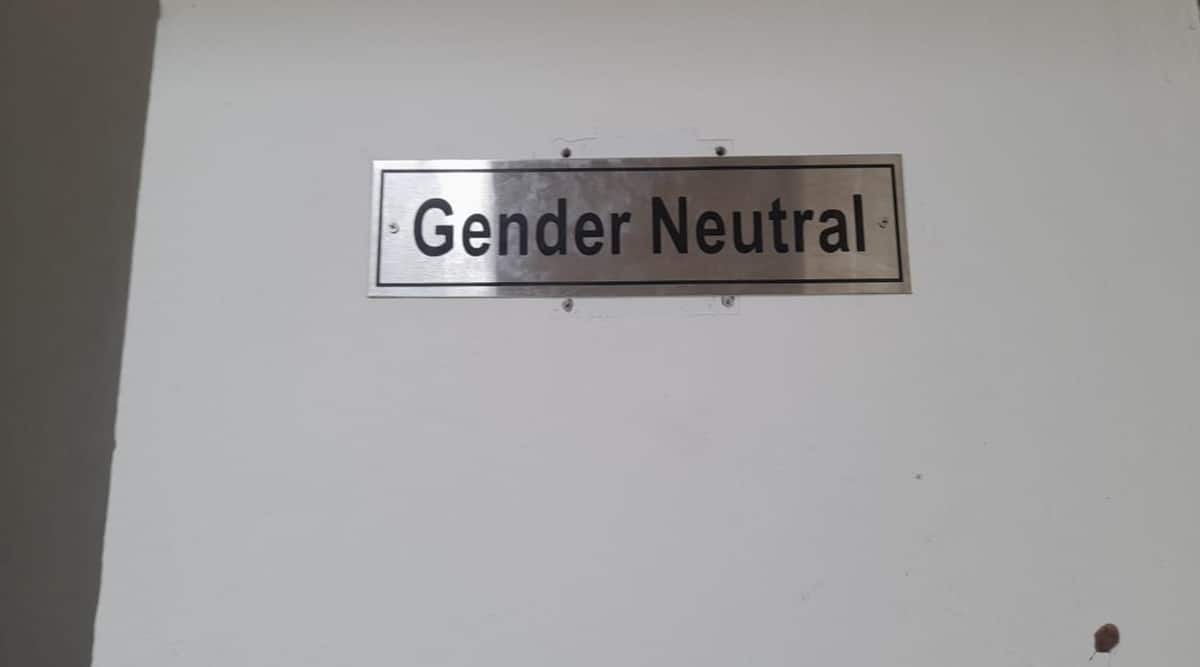 Nearly seven years after it first issued a gender-neutral school leaving certificate to a student upon request, the National Academy of Legal Studies and Research in Hyderabad (Nalsar) has begun designating non-gender spaces. as part of a unique transgender policy. the university is in the process of finalizing.

Vice-Chancellor Faizan Mustafa said the university aims to create a safe and inclusive campus. The ground floor of the GH-6 building has been designated as a gender-neutral space with rooms assigned to students who identify as members of the LGBTQ+ (lesbian, gay, bisexual, transgender, and queer plus) community, with plans to go to a gender neutral hostel in due time. The ground floor toilets in the university block are also gender neutral.

The university has already put in place an interim policy to address the inclusion concerns of the LGBTQ+ community and a final policy is in the works. The GH-6 building houses a hostel, which could later become a gender-neutral hostel.

In June 2015, a 22-year-old BA LLB student asked not to be identified by gender on the leaving certificate. The university quickly accepted the request and used the neutral prefix “Mx”. It was the beginning of the institution’s efforts to make it inclusive.

The university is working to designate more areas as gender-neutral, Mustafa said. “We have asked students to identify themselves and based on their preferences, we are creating safe and inclusive spaces for all. In line with the trans policy we are adopting, there will be more changes on campus,” he said.

The “Policy on Inclusive Education for Gender and Sexual Minorities” was drafted by the university’s trans policy committee. According to the draft policy, self-identification requiring only a self-attested written statement will be the basis for recognition of gender identity and sexual orientation. Gender in official records should be independent of applicants’ honorary titles in legal documents such as birth certificates or Aadhaar cards.

We are pleased to share that in our efforts to make our campus a truly inclusive space, the ground floor of GH-6 has been designated as a gender-neutral space with rooms assigned to students identifying as members of the LGBTQ+ community, with plans moving towards a pic.twitter.com/163JeSGQ99

In accordance with the policy, all documents and records must reflect self-identified and unassigned gender identities. Name and pronoun change options must be available regardless of declared gender identity. Self-identified gender identity and sexual orientation shall form the basis of all protections and rights that flow from this policy, such as shelter accommodation and the right to file complaints of discrimination.

No member of the gender and sexual minority community shall be disclosed, without their express consent, to any third party, including their parents or guardians.

Every student, including transgender, should be accommodated in either girl or boy homes or gender-neutral homes in a manner that is consistent with their gender and choice. A self-attested statement will be sufficient for all purposes and no other evidence (legal, medical or otherwise) will be required.

The university may not require gender-based dress codes or hairstyles in any educational, academic, or curricular space. Gender-neutral toilets should be provided whenever possible.

People belonging to gender and sexual minorities must have the same rights to access and occupy spaces as their cisgender counterparts, without any mobility restrictions.

The policy states that the university must improve the representation of gender and sexual minorities in all spheres of its operation, including student bodies, faculty members, support staff, the academic program and reading materials. .