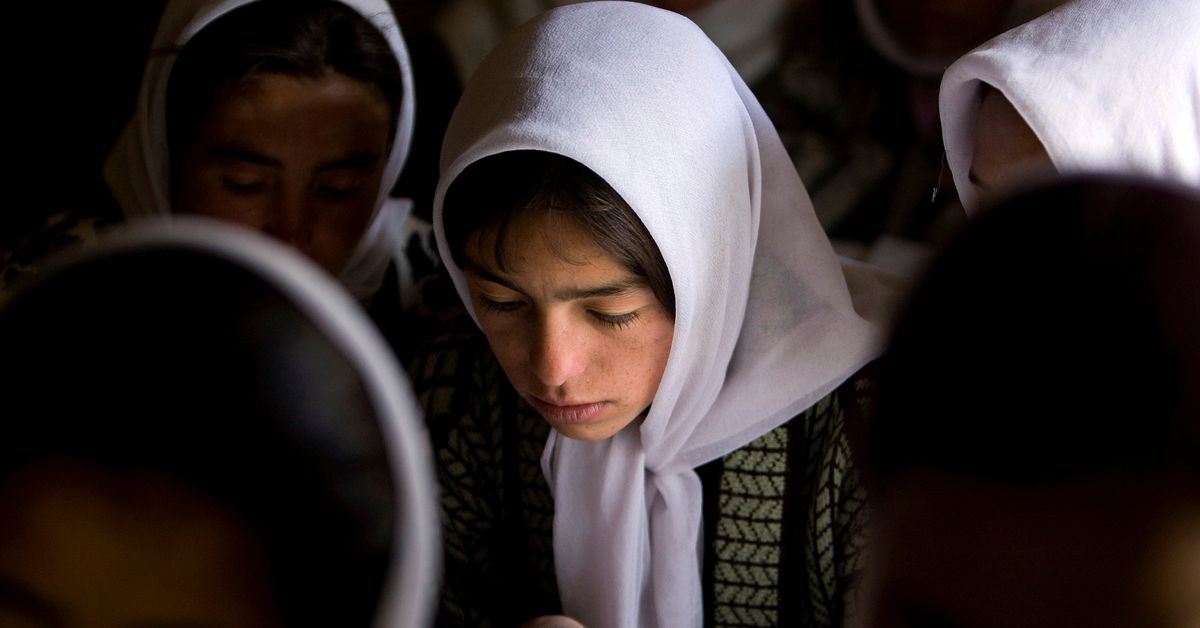 Afghan girls attend a class at Ishkashim Girls’ High School in the northeastern province of Badakhshan, near the border with Tajikistan, Afghanistan, April 23, 2008. REUTERS / Ahmad Masood

KABUL, October 12 (Reuters) – While girls across most of Afghanistan stay at home while brothers go to high school, classes in some northern areas are open to all students, highlighting regional differences starting to emerge two months after the Taliban seized power.

Secondary schools remain closed for girls in much of the country, but in Mazar-i-Sharif, near the border with Uzbekistan, local authorities have taken a different approach.

Zabihullah Noorani, chief culture and information director in northern Balkh province, said classes in many schools were continuing for boys and girls.

“My point of view and that of all other officials and leaders of the Islamic Emirates is that our female sisters have the right to study just like men,” he said, using the term used by the Taliban to refer to their government.

Girls’ education has become one of the most sensitive issues for Western countries dealing with Afghanistan since the Taliban government ordered the opening of sixth grade colleges for boys, but asked girls stay home until conditions allow them to return to class.

Authorities deny that there was an outright ban, but over the weeks there has been no sign that all the girls are returning to school and no clear explanation or indication of when they might resume. their studies.

The difference between Mazar-i-Sharif and other areas is an example of the big differences that exist between the relatively modern and liberal cities and the conservative rural areas of Afghanistan where girls’ education has long been scarce.

Maryam, a 15-year-old girl in Grade 10 from Mazar-i-Sharif, said she attended school non-stop, despite strict dress requirements imposed by the Taliban. She wanted to continue her studies and hoped one day to become a doctor.

“The Taliban told us several times to wear a hijab, a headscarf, that only our eyes should be visible and that we should even wear gloves,” she said by phone.

“These restrictions have made some girls lose interest, but we girls are still happy to at least go to school.”

Although the Taliban banned girls from going to school during their previous regime until 2001, education advocates claim that in recent years, the ability of girls to access education in controlled areas by the Taliban varied depending on local commanders and the influence and wishes of local communities.

The United Nations children’s agency, UNICEF, also struck a deal with the Taliban last year to create informal community classes for boys and girls in some areas with a high Taliban presence.

Residents of Mazar say the girls were able to go to school, and a former Home Ministry official under the former West-backed government said he had visited several girls’ high schools and had them seen to operate normally.

“All girls of all ages have been allowed to attend their classes,” he said.