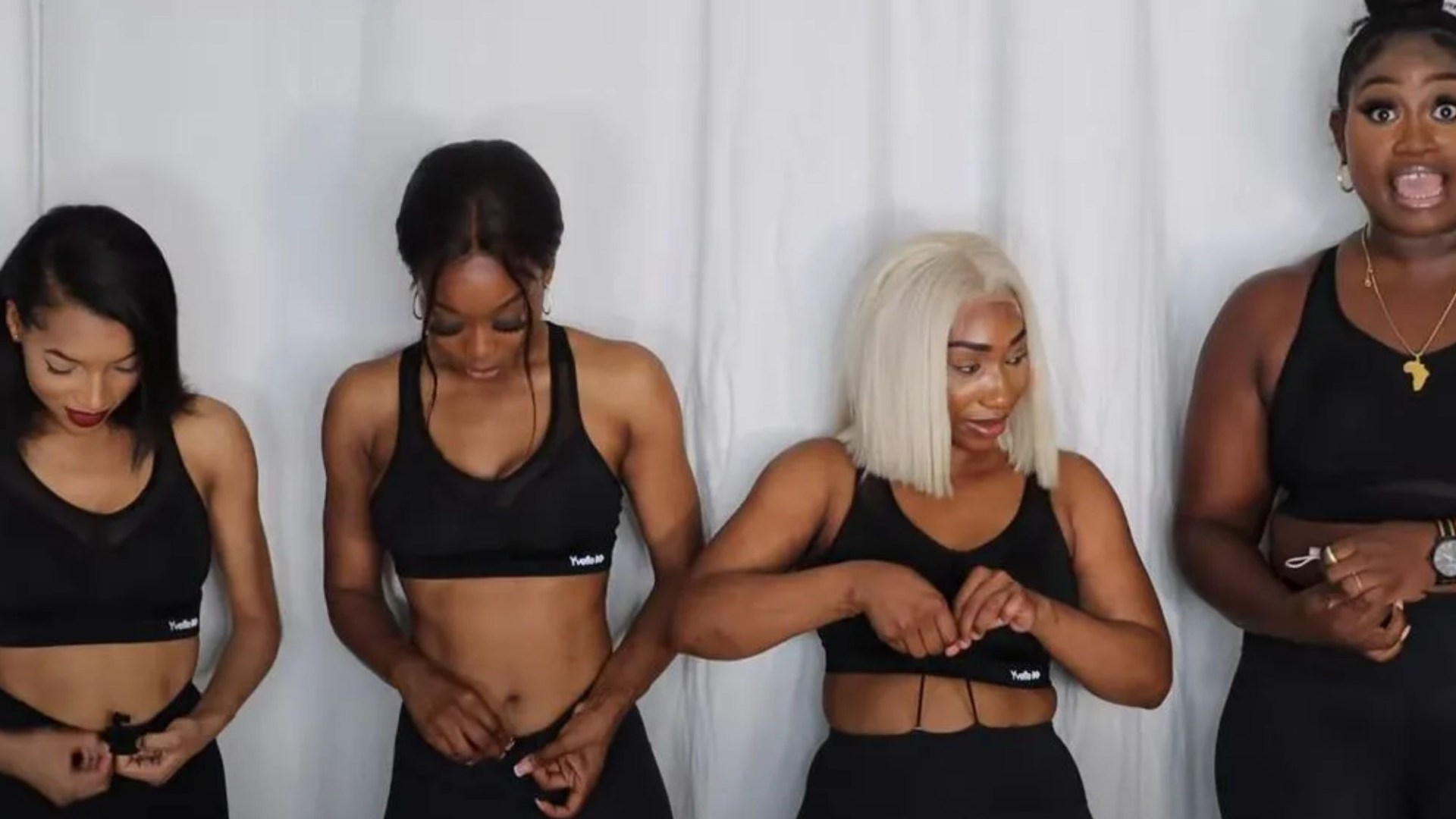 FINDING clothes that suit all body types can be tricky.

But a group of friends put some workout clothes through their paces to see how they worked on their different body types.

The first set was a pair of plain black leggings with side mesh detailing and a racerback sports bra.

Debbie said the material was soft and didn’t move which held her in place.

The leggings also have a waist cinching feature which impressed all women as it lifted the buttocks.

The next gym set featured the same leggings and a blue crossover bra – and the crossover detailing helps give the breasts extra support.

Debbie got the bra in green because the website didn’t have her size in blue at the time.

But all of the women were impressed with the lift and the support it provided.

The next bra was a black mesh racerback bra – which had padding to give the breasts an extra boost.

Joanne’s bra was the wrong size and she realized it right away because it didn’t provide the right support.

But the rest of the women, who got the right size bra, were impressed with how comfortable it was.

The final set was a white padded running bra that had a cutout detail in the front.

And women have found a use for it other than the gym.

“I would feel more comfortable wearing this than I would at the gym because if I sweat it will stain,” Minnie said.

The last bra was a black bra with a zipper in the front – which was Debbie’s favorite as she felt it offered the most support.

And the girls finished their run in a set of navy blue leggings that featured a thick band around the belly that “hides the fupa,” Debbie added.

The Dress Upload: 7 Styles Vogue Editors Are Loving in September

You cut the crape myrtle. Now, how do you stop cupping?

What are the different types of smocked dresses?