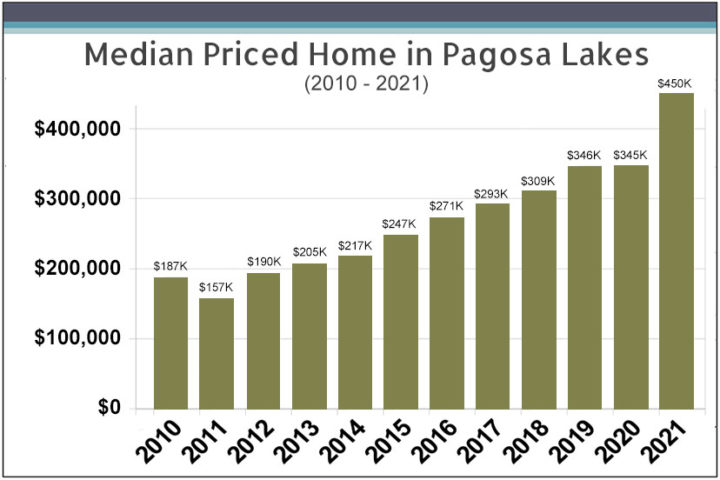 EDITORIAL: The Good, the Bad and the Ugly…Housing Solutions…Part Two

The Archuleta County Board of Commissioners had a number of real estate decisions on its agenda Tuesday. Three of them have been slipped into the so-called “consent diary” – a set of superficial approvals that usually receive no discussion, or even thought. Here is a sampling of the three batch groupings approved on Tuesday.

C. Review of Resolution 2022 -_____ to consolidate 2 lots into 1 lot in Aspen Springs Subdivision #2, owned by Harry and Pam Wilson

This application is to consider a resolution authorizing the consolidation of Lots 30 and 31, Block 9, in Aspen Springs Subdivision #2, to become Lot 31X, owned by Harry and Pamela Wilson. This consolidation has been reviewed and is recommended for approval by the Director of Development Services. The impact on the county budget includes fees paid according to the county fee schedule, usually offset by reduced property taxes.

A seemingly endless stream of such batch consolidations has taken place over the past two decades.

Wealthier landowners in Archuleta County often buy up vacant lots on either side of their own plot, “for privacy”. However, since a vacant lot in Colorado pays a higher property tax rate – 29% – than a lot with a residential home on it – 7.15% – a landlord can reduce his property tax burden by consolidating a vacant lot adjacent to his main dwelling. parcel, making it a single property.

This whole process reduces the number of vacant lots available in the community and, due to the law of supply and demand, drives up the price of the remaining vacant lots.

But I personally believe that the main cause of this huge price increase was the arrival of out-of-town STR (short-term rental) investors plugged into Airbnb and VRBO. The laws of a “free market economy” practically dictate this type of small town tragedy. With housing supply being gobbled up by STR investors, unmet demand drives up prices.

Last September—in the face of this housing crisis—BOCC Archuleta decided to use its access to taxpayer financing to encourage the construction of modest single-family homes like those selling for $450,000 today…with a policy to increase the supply of housing, by encouraging home builders to build homes costing $300,000 or less.

In a “free market economy”, a substantially increased supply should to lower prices.

The BOCC incentive plan was quite simple. If you were a builder and were willing to build a new single-family home for $300,000 or less, the BOCC would reimburse you an amount equal to the county property tax, for up to five years. This refund would amount to approximately $2,000 over five years, on a $300,000 property. (Relatively less, for a house sold for less than $300,000).

Sure, if you sold the house for, say, $310,000…well, you’d miss the “incentive,” but you’d end up with a profit that was significantly higher than what the BOCC was offering you. And selling even a modest Pagosa Lakes home for $310,000 seems like a walk in the park these days.

Since the incentive policy was created in September, no homebuilders had shown any interest. (I have no idea if anyone actually knew on politics.)

Either way, BOCC or county staff had the brilliant idea of ​​making the incentives Continued attractive. They drafted a new policy that applied not only to newly built homes, but also to “used homes” purchased by a new owner. And they increased the maximum price eligible for the taxpayer subsidy to $400,000.

In a departure from normal procedure, BOCC Chairman Alvin Schaaf allowed the public to comment on the new policy, before it was voted on. So I went up to the podium and asked a question.

Under this policy, a retired California couple can waltz into town and buy an existing $400,000 home (which might otherwise be suitable for a local working family, if priced more reasonably) and the county will give that California couple a five-year tax cut… out of taxpayers’ pockets?

Will such a policy really help our housing crisis? I suggested that he might do the exact opposite, at taxpayers’ expense.

A few other members of the public also raised questions about the proposed policy. County Attorney Todd Weaver then noted that, based on his online research (conducted during this discussion), there are currently a total of three homes on the Archuleta County real estate market that are priced below $400,000.

In the face of questions from the public, the BOCC filed the proposed policy, with the apparent intention of designing a more reasonable incentive.

The other real estate issue facing the BOCC on Tuesday was the proposed sale of the historic county courthouse, overlooking the San Juan River. The BOCC has received a number of bids, at varying price points, offering various arrangements to accommodate the county’s current uses of the courthouse. Some offers suggest the demolition of the historic building; some suggest preservation.

You can click on the table below to see a larger version of the different proposals.

But a last-minute offer had arrived on Tuesday morning, which the commissioners had not yet had time to consider. Commissioner Ronnie Maez has moved a motion to allow additional bids to be submitted until 5 p.m. on Tuesday February 22, with a final decision on whether to accept any of the bids scheduled for Tuesday March 1.

One of the offers the BOCC has received – from local developer Bob Hart – includes a stated intention to convert part of the 25,000 square foot structure into new workforce housing units.

“New Workforce Housing Units” is something our community desperately needs. As noted.

But who, exactly, is building these units, and with what goal in mind, will make a huge difference to how Pagosa Springs plays out in the future.

There are also downright ugly solutions.

Consider these options. Before our governments start throwing money at them…

Bill Hudson began to share his opinions in the Pagosa Daily Post in 2004 and cannot break this habit. He says that in Pagosa Springs, opinions are like vans: everyone has one.