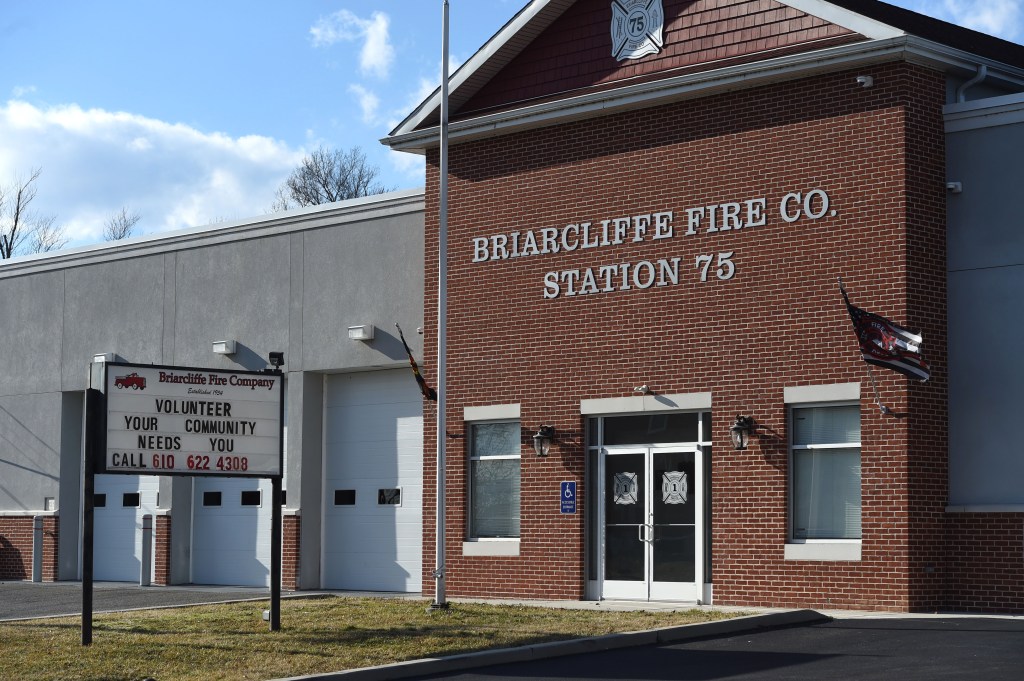 Darby Township Commissioners voted 4-0 to extend Briarcliffe Fire Company’s suspension for another 60 days at their Monday evening board meeting.

The suspension stems from inflammatory accusations of racist statements and comments by firefighters following an online virtual meeting, which discussed a possible consolidation of fire companies in the township.

In early February, the Board of Commissioners received a letter from the Goodwill Fire Co. which contained accusations of “inflammatory and disturbing” comments by members of the Briarcliffe Fire Company towards black residents and other fire companies in the township which are mostly black.

After the virtual meeting held on January 27, the Briarcliffe station never disconnected their computer link and over the next hour and 45 minutes they were recorded making racist and derogatory remarks, including the use of the N-word toward the other station’s black firefighters and black residents.

In addition to the racist comments, the comments on the video also poke fun at Fanta Bility, the 8-year-old who was killed in a police shooting last fall.

Darby Township attorney Michael Pierce said they are awaiting news from the district attorney’s office which is investigating the charges.

“The word from the district attorney is that the investigation is continuing and once they have concluded their investigation, he will contact the police chief if necessary,” Pierce said.

Prosecutors’ office officials said an announcement could arrive within days.

Monday’s business meeting was combined with the scheduled business meeting to allow Wednesday evening’s briefing to be fully devoted to an update discussion on fire and EMS services in the township, including closure and consolidation issues.

“What is unfortunate is that this incident largely occurred during a discussion at the end of a meeting to discuss the overall provision of fire services throughout the township,” said Pierce.

Pierce noted that the racial slurs accusations sparked discussions and review of a report commissioned by the Commonwealth of Pennsylvania’s Department of Community and Economic Development to examine all of the township’s fire departments.

Pierce said he received information from an attorney representing the fire company raising wiretap breach issues, which is an additional reason they turned to the district attorney’s office. to investigate.

“We felt it was best for an independent body to review these items both as part of a judicial and/or criminal investigative process,” Pierce said.

Following the suspension in February, Briarcliffe issued a press release stating that they had no room in their department for anyone who engages in any form of racial discrimination or disparagement and are investigating the events and the members involved in such a conversation will be subject to severe internal sanctions. disciplinary measures that can go as far as expulsion from the company.

Briarcliffe station responded to 308 fire calls in 2021 as well as 2,841 medical emergencies with its ambulance, which is staffed by career staff from a local health system. Career personnel are not affiliated with the fire company and have been relocated to another unit.