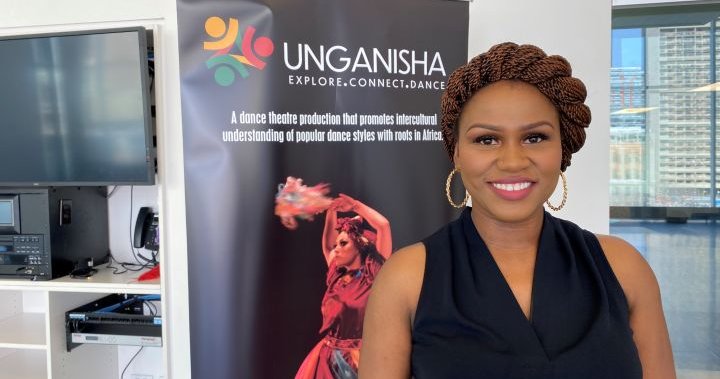 Some creative Calgarians are stepping up to celebrate Black History Month, showcasing popular dance styles that share a painful past.

“Unganisha means ‘connection’ in Swahili,” said Unganisha producer Wunmi Idowu. “I chose this name because I wanted to connect the history of modern dance styles to its origins, to allow more people to understand that it came from a very horrible and painful circumstance of African slaves being stolen in Africa.”

Idowu hired several researchers to spend six months investigating the connections between dance styles that have evolved from their origins in Africa.

The story continues under the ad

One such researcher was dance historian Alen Martel.


“With the transatlantic slave trade – when people are stolen from their land and brought to a new place – many things are stripped from them, things like language, clothing, musical instruments, etc.” Martel said. “But the dances would survive.”

Hip-hop dancer Christahh Ahh is one of the performers participating in “Unganisha.”

“People don’t know that there are common roots,” Ahh said.

“It’s a great opportunity to educate the community. It shows a huge respect for the art and where it comes from.

The story continues under the ad

“Unganisha” was staged long before the recent easing of COVID-19 restrictions and organizers are sticking to their original plan to premiere the show online only.

Idowu said people from across North America and several African countries bought tickets for the event.

“There’s this history and it’s important not to just ignore it,” Idowu said. “It really is black history.”

Gold in the short track relay, for national coach Otter, is like a continuation of life