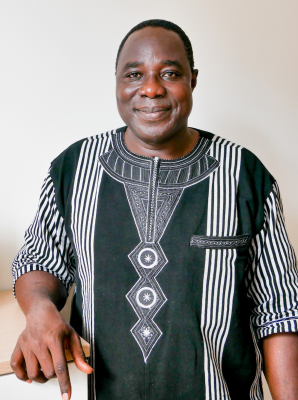 Burkina Faso: We are just waiting for the next attack

Father Honoré Quedraogo © Aid to the Church in Need

A leading Burkina Faso cleric has lifted the lid on terrorist activity in the country, including deadly attacks on Christians, rigid dress codes and orders requiring everyone to attend prayers in mosques.

Speaking to Aid to the Church in Need (ACN), Father Honoré Quedraogo, rector of the seminary in the diocese of Tenkodogo, in the center of the African country, explained that people live in a constant state of fear.

He said: “People wake up in the morning and don’t know if they will become the last victims of an attack, and no one feels safe anymore… The attackers are forcing the Burkinabe [people from Burkina Faso] follow sharia [Islamic law]. Men are obliged to wear pants of adequate length and forbidden to shave their beards, and women must be veiled.

“Western-style education is banned and children are forced to attend Koranic schools, called madrassas. Churches must not ring their bells and everyone is required to participate in prayers in mosques.”

The priest said: “By proclaiming loud and clear that he wanted to fight the terrorists, it seems that Damiba was issuing a challenge to them. The result is that we have had more attacks than ever. Is it a coincidence or a consequence At the moment, no one can be sure.”

He added: “At least 60% of the population is unemployed. They have nothing to do all day, and no money, so if they are offered 100 euros to go and kill someone, they accept” .

Many priests and catechists are so scared they have fled the predominantly Muslim Tenkodogo region, meaning some parishes have suspended activities, although Christian radio stations broadcast mass and prayers.

Father Quedraogo said: “Some of my parishioners spend their nights praying for peace. This painful situation has strengthened the faith of Christians throughout the country. Some have even gone as far as martyrdom, preferring to die than to renounce their faith”.

The priest said the country’s best hope is an increase in religious faith. He said, “Faith and prayer are what will save us, not guns. What we are experiencing is beyond us, these attacks are diabolical in nature, and therefore only God can help us.

Aid to the Church in Need – www.acnuk.org